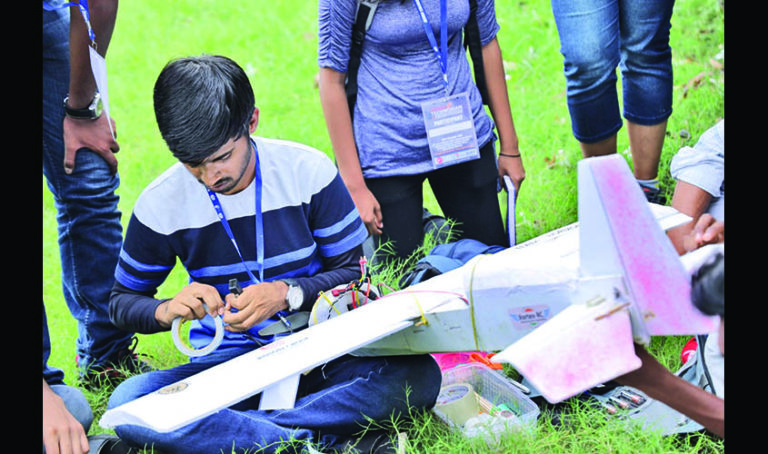 The fifth edition of the international robotics championship “Technoxian”, organised by the All India Council for Robotics and Automation (AICRA), was organised at Thyagraj Sports Complex, New Delhi from 23-25 September.

AICRA is a non-profit organisation working for the development of robotics and automation in India, alongside focusing on fostering private sector-led efforts that include both non-profit and for-profit initiatives with the goal of building model robots that are scalable.

The event was also supported by the Ministry of Electronics and Information Technology, and Digital India. Raj Kumar Sharma, President of AICRA, told Guardian 20, “It is an event where students get an opportunity to network with junior scientists and developers.”

Around 2,800 teams participated in these competitions. Among the participants were teams from various schools, colleges and companies from across India and abroad. Along with these competitions, there was a Hackathon series in collaboration with UI Path. A team from Sri Lanka won the “Fastest Line Follower” competition, and the “Micro-Mouse Race” was won by a school from Tamil Nadu. The winner of each of these competitions was awarded a cash prize of Rs 2 lakh.

One of the major attractions of the event, since its first edition in 2014, has been Robo War. The winner of “Robo War under 30 kg”, this time around, was a team from Delhi, which was felicitated with certificates and a cash prize during the award ceremony held on the final day.

This one-of-its-kind event aimed at giving visibility to innovators in the age bracket of 10-30 years, and thereby encouraging them to further explore the science of robotics.

“We started in 2014. At that time we used to have around 262 teams each consisting of 10 members. This year almost 2,872 teams had registered, each having 10 members. There were teams from Indonesia, Japan, Iran and more, participating in 11 competitions.” said Sharma.

During the event, AICRA, in partnership with DTF ventures, announced the launch of Global Incubation Centres to help and facilitate young innovators and inventors in schools, universities and colleges across the country. Another initiative, AICRA Tech Startup, aims to support startups that are working in the field of innovation and artificial intelligence, by giving them a platform to showcase their ideas and raise funds.

Several other sub-events were hosted at the venue. Edutech, an information technology education fair hosted at the venue, was one of those. Showcased here were cutting-edge tech products and services offered by Indian companies and individuals.

Shweta Kumar, a participant from Ajay Kumar Garg engineering college, Ghaziabad, was part of the team that participated in Hackathon and the “Fastest Line Follower” competition. Taking time out from her attempts to create the “perfect bot”, she said, “I have learnt how to work under pressure from this experience. This is the first time we are competing with so many teams and this is first time we have seen so perfect bots. We have learnt how to keep calm and focus on the work.”

Another participant, Shresth, from SRM University Chennai, said, “We know where we stand now. While participating in local competitions we never knew how capable we are. For the first time, we saw teams from so many places. It made us aware of our own skills and how to put them to use.”

Raj Kumar Sharma from AICRA said that the goal of the event is to provide a platform to the students, for them to come forward in the field of robotics and technology and display their innovation. With a total gathering of around 28,000 people, the event felicitated all deserving techies and innovators. Sharma hopes to organise many more such successful tech-related events in the future to showcase India’s potential in the field of artificial intelligence and technology.

“We are supporting Skill India through the event, which adds to our excitement and enthusiasm to showcase young talent in the field of technology. The awards motivate these students and give them hope, inspiring them to achieve real heights in the field of innovation. We hope that with the same level of enthusiasm we would be able to host future editions of this event, which was established in 2014 to promote young talent from across the country,” he added. 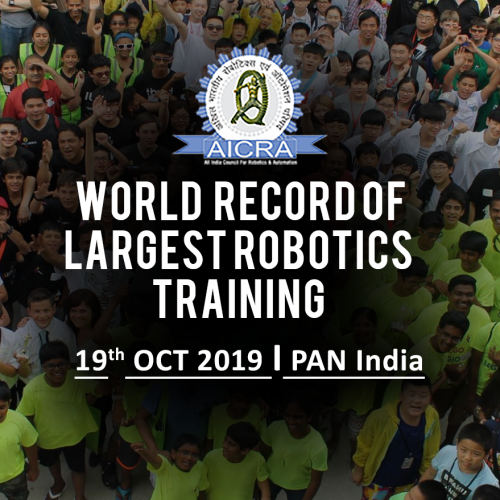 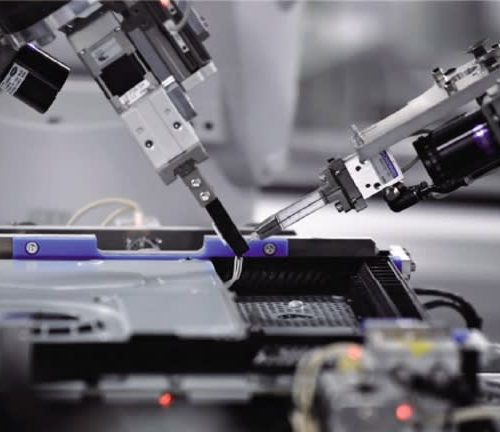 SONY TO AUTOMATE ITS TV MANUFACTURING UNITS: ROBOTS AT WORK