Before delving into the uncharted territory of Cobots, one must understand that cobots won’t replace humans. Their primary goal is to assist workers and improve the effectiveness and efficiency of their tasks. That is why the robots are named Cobots or Collaborative robots. With this in mind, let us investigate the new frontiers of Cobots.

Cobots are sometimes not used to their full potential and are restricted to doing mid-assembly-line tasks. The main reason for this is that, at the moment, we approach robotic solutions with an automation mentality (automation mentality?). As a result, the designs become more robot-centric rather than human-centric. Some factors that prevent Cobots from being used to their full potential are safety, production speed, and final inspection.

Applications in which robots interact with humans responsively and cooperatively should be considered true collaborative applications. The majority of Cobots currently work as Co-existence or Sequential Cobots. Those Cobots only interact with humans by sharing the same workspace or performing tasks sequentially.

A collaborative approach can only be successful if a Cobot and a human can work on the same part same time or if the Cobot responds to the human’s work in real-time by completing the task. The automotive industry has many successful cobot applications. General Motors, Audi, and Volkswagen are known to collaborate during final assembly and inspection.

While working, we all have limitations. We only have two arms, but thanks to Cobots, we now have the option of adding a third limb. We can program them to perform tasks that make our current work simple, more accurate, and faster.

Cobots can alleviate the boredom of repetitive tasks while also assisting with more creative ones. Cobots serve as our limbs, helping us in improving the three E’s: Efficiency, Enhancement, and Effectiveness. This increases worker productivity and, as a result, the overall productivity of the industry. Currently, General Motors employs Cobots alongside humans in the manner intended by the technology: While their employees hold the car’s windshield, Cobots apply the sealant and secure it to the vehicle. It is critical to understand that this is only one of the paths that Cobots provide. Numerous functions have yet to be investigated.

We should realize that industry workers are not at risk of losing their jobs due to Cobots. This technology is not intended to replace people. Instead, it is intended to be used as a helper. This improves the efficiency and effectiveness of human work. Cobots currently account for less than 5% of the industrial robot market.

Cobots will become the first choice of any industry in the future as their speed, accuracy, and cooperative skills improve. In fact, in addition to performing almost all of the functions of a traditional industrial robot, Cobots will be safe to work alongside humans. They will become commonplace in the industrial world. 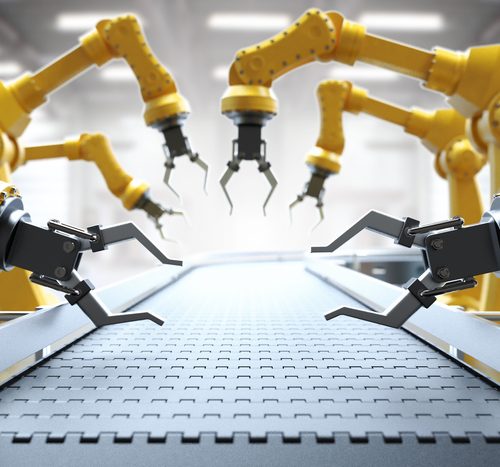 What Are Pick & Place Robots?